USA and Mexico Return to Boise on August 27 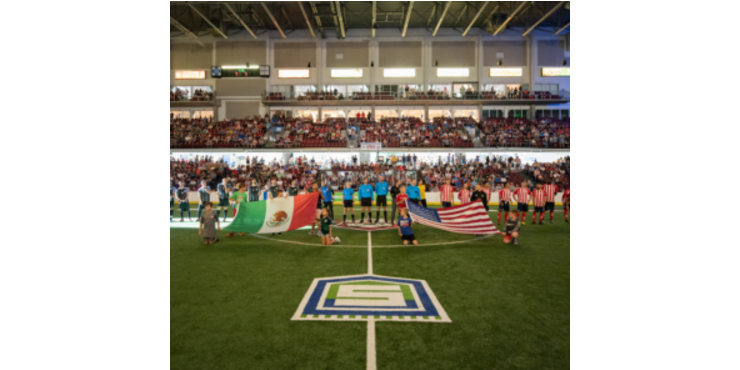 Tickets are on sale now with prices as low as $25. Tickets are only available online at idahocentralarena.com or by clicking here.

“We’re very happy to lead off our fall events at Idaho Central Arena with the return of arena soccer,” said Eric Trapp, General Manager for Idaho Central Arena. “The response from the Treasure Valley community over the last few years between the sold-out international friendlies and the tournament three years ago was immense, and we cannot wait to bring the soccer and Boise community back together downtown with a fast-paced, competitive event to kick off the fall.”

The international meeting between Team USA and Team Mexico will be the third in Boise since 2019, once again showcasing some of North America’s top indoor talent. Team Mexico defeated Team USA, 5-2, during their last meeting in 2019 to level their history in Boise after Team USA won 3-2 over Team Mexico in the 2018 tournament championship game.

Rosters for the event will be released leading up to the event.

Arena soccer is high-scoring and incorporates many elements familiar to hockey. The playing surface is surrounded by the boards and glass used during Steelheads games, players change on-the-fly and are limited to 5-on-5 with one goaltender, and some penalties will result in man-advantage situations.